Many people who are struggling with debt see bankruptcy as a convenient way of being freed from it and getting an easy “new beginning”. Even though there are times and circumstances when bankruptcy is truly the favored (or the only) choice, it is not a decision to be made frivolously once you look at the consequences.

The aim of bankruptcy is to permit an individual (or a company in some cases; though the type is usually different) to basically wipe their debts clean after repaying their creditors as much as possible. “As much as possible” basically means everything the debtor has in terms of cash and assets (*some assets are “exempt”).

A bankruptcy legally clears an individual of their previous debts (with some exceptions) regardless of whether they were paid in full. It also protects the individual from any further collection attempts (directly or indirectly) on the said debts.

In America, bankruptcy is ruled through Federal jurisdiction by the Bankruptcy Code. Some variation is permitted through state laws (including exemptions), so your location may affect some of the particulars. The United States Bankruptcy Court handles all cases regardless of the state in which they are filed.

There are in total six distinct bankruptcy “chapters” under the United States Bankruptcy Code. Individuals are eligible for both Chapters 7 and 13:

Chapter 7 is frequently referred to as “liquidation” or “straight” bankruptcy. A Chapter 7 debtor will normally have to hand over all their assets to a trustee. The latter will oversee the selling of the assets (except for those included in the exemption list) to bring in as much cash as possible. The cash generated is then used to pay back current debts with creditors according to priority. The particular assets that may be sold off are different from state-to-state, certain necessities like a vehicle and primary home are often exempt.

When an individual files a petition for bankruptcy, what is known as a bankruptcy estate will be created. This is where the debtors assets are moved over for liquidation. A trustee is appointed to represent and sell the estate good, then determine how to divide the funds raised to creditors.

Ordinarily it will take at least 3 months after filing for a Chapter 7 before a discharge is entered. This “discharge” is a court order that stops creditors from any additional collection attempts on what was owed on or before the primary Chapter 7 filing date.

Usual debts that can be discharged include credit card balances, medical bills and other various personal loans. The things that are difficult to include are generally owed to the same government that’s handling the filing, so don’t expect to clear those student loans or tax arrears as easily.

Chapter 13 bankruptcies actually have some similarities to many private debt management programs, except they are handled by the federal government. A debtor has to have secured debts that add up to no more than $807,750 and unsecured debts lower than $269,750 to qualify for a Chapter 13, and will usually only be considered if they are currently employed with a sufficient income in related to what’s owed. With too much debt or insufficient income both the creditors and the court will opt for a Chapter 7 instead.

As far as a bankruptcy goes – a Chapter 13 is preferable for everyone involved. You actually get to keep your assets, although you are required to make regular payments to a trustee who in turn pays the creditors on your behalf. Again, like a private program – this can take anywhere from three to five years for most people.

Bankruptcy Effects To Your Credit History:

When a lender is deciding whether they should offer credit to a person they will normally look at their ability to make regular payments based on three things; their income to debt ratio, financial dependability, and history of past payments. With a bankruptcy showing on your report, your dependability and history are going to look off putting to most lenders even if you’re making six figures. 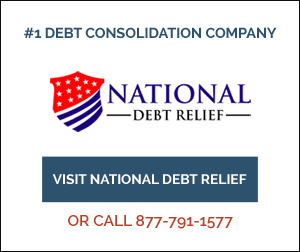